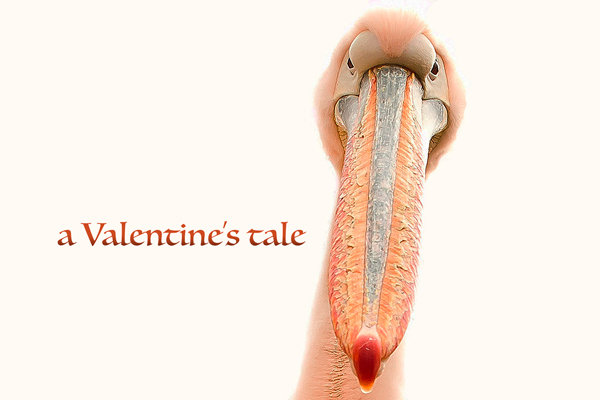 Here’s the last Valentine’s poem I’ll post. I wrote this for someone back in 2005.

Despite the lack of reaction it garnered at the time, I thoroughly enjoyed writing this. I tested it out on a class of children I was teaching at the time and they all loved it. So much so, that I had to continually recite it for several weeks afterwards! Ha! The best critical reception I’ve had.

There is a story behind this poem. You see, I bought one of those eggs that, when watered, begins to grow. That is, the little seed inside grows and breaks through the eggshell. The leaves were heart-shaped and the seed shell had “I Love You” written upon it. I thought this was great. Throw in some wine-filled chocolates, a candle-lit dinner and a poem. Perfect. How wrong could I be…

Anyway, I started to think about what sort of bird would lay such a marvellous egg? It would probably speak and enjoy eating cake and because I like the word ‘mongoose’, it would probably have one for a friend. I had intended to write a short story, but the more I wrote the more the words decided the format they wanted to appear in.

This is what they chose…

I was on the way home,
Why, just the other day.
When I saw a strange bird,
That was flying my way.

It was green, red, and purple,
And a funny sort of blue.
A strange sight indeed,
And a beautiful one too!

I called out to it,
And so did it wait.
So feeling rather happy,
I gave it some cake.

The bird ate in silence,
Only then did it speak.
With fresh cream and crumbs,
All over its beak!

It told me a story,
Of where it was going.
To find a blue banana,
That a mongoose was sewing.

“They can sew raspberries with cream, and jelly bear rings,”
“Blueberry pops with a rabbit that sings!”
“Ice-cream with pears,”
“And a bushy-tailed bear,”
“And even a goat,”
“With long golden hair!”

“Wow!” said I,
“That sounds great!”
But by this time,
It was getting rather late.

The bird was rested,
And ready to fly,
So I said farewell,
Then waved a good-bye.

But before it departed,
It called out and said,
“Excuse me, good fellow,”
“Would you care for an egg?”

So the bird swooped down,
And did hand unto me,
A strange, white, egg,
That was all shiny and clean.

“And listen well unto me,”
“Sprinkle it with water,”
“Warm it with love,”
“And then you will surely see!”

So said the bird,
As it flew far away.
Up into the sky,
Towards Mandalay.

Where the mongooses sit,
Sewing with strange llamas,
Hoping to finish,
Those funny blue bananas!

So now I have this,
A shiny white egg.
That the bird gave to me,
With a tip of its head.

But I wasn’t quite sure,
What it is I should do.
And so, with all my love,
I give it unto you!

But remember, remember,
What the bird said to me.
Sprinkle it with water,
And then you will see!

For I give up to you,
The love in my heart.
Forever and ever,
Shall we never part.

And I hope it’s safe to say,
That you love me too.
For my heart is ever RED,
But never, ever, BLUE!

And so, as I come,
To a chocolatey end.
My love for you, eternally,
Do I wish to send.

For my love grows daily,
And I hope you’ll be mine.
So I send you this poem, with love,
My Valentine! 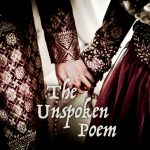 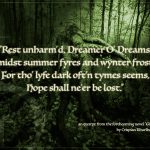 Lost amidst the forests of the mind… 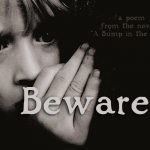 “Beware!” – a poem from the novella “A Bump in the Night”