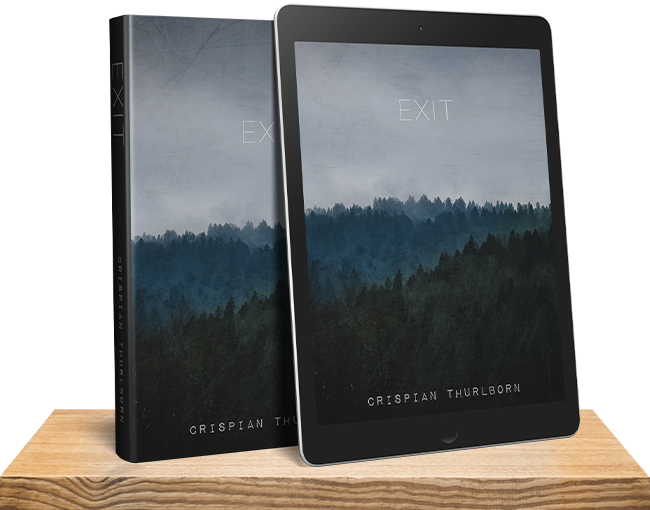 Remembering to forget is harder than it sounds

What if the soundtrack to your life was forever stuck, unchanging, on repeat? How far would you go to change the person you are? Tommy and Mary wanted to get out of the city and away from the loop that their life had become…

Crispian Thurlborn is a master storyteller. He’s the person you want to gather around by the campfire or the fireplace and say, “Tell us a story.”

In “Exit”, his latest tale, we are once again treated to the macabre, the uncanny, a story truly worthy of The Twilight Zone. “Exit” is a superb example of slow burn horror. And yet is the tale truly a horror story? Or just uncanny? Are there actually ghosts in this story, or are we just made to believe there are? So much is said, and so much is not said. We have to make a few decisions of our own.

If you like a bit of an O’Henry twist in a tale that is uncanny, macabre, with maybe ghosts, and a bit of philosophy, then “Exit” is definitely your cup of tea. It’s certainly mine.

Author of “The Rocheport Saga” amongst many others

I read this all in the same day because it drew me in and wouldn’t let me go. A mind-bending, visceral, haunting story that may keep you from going camping for a while. I don’t want to give anything away. Just read it already!

Author of “Mirrormaze: A Dreampunk Anthology”

What if the soundtrack to your life was forever stuck, unchanging, on repeat.
How far would you go to change the person you are?

He flicked the turn signal even though the road was empty and had been for the last sixty-odd miles. The impenetrable corridor of trees that flanked them suddenly broke to the left. Sure enough, there was the side-road. They must have missed it earlier. He slowed and checked his mirror. No one was behind him.

Despite his natural urge to keep his eyes on the road, he flicked his gaze in the direction of the outstretched finger. Partially hidden behind the thick expanse of the forest was a bright blue lake.

A sudden movement out of the corner of his eye caught his attention. He shifted his gaze. “Jesus!”

He slammed the brakes. A blue Chevy pickup sounded its horn and swerved, narrowly missing them. Tommy mouthed an apology. The driver of the blue pickup, a large bearded man complete with baseball cap, flicked a finger at him as he sped past on the verge.

Tommy wound the window down “Yeah, right back at you, pal.”

“Tommy, don’t. Remember, we’re here to get away from it all.”

“All right. All right. Let’s go.” He took his foot off the brake and they continued. This time keeping his eyes fixed upon the road ahead as it wound through the trees.

“Over there,” said Mary, spotting a small wooden building with a sign marking it as a general store. Tommy pulled up outside, parking alongside a green Ford Fairmont. A canoe was attached to the roof.

“Looks like this area is better known than we thought,” he said, nodding at another car parked up near the store with camping equipment crammed into the trunk.

Tommy kissed her. “Come on,” he said as he got out of the car.

The general store was just that. General. A simple aisle of wooden shelves stood in the middle filled with all manner of items ranging from fishing tackle and trapping gear to detergent and sacks of grain.

As they entered another couple were leaving, arms full of fishing gear. They smiled and exchanged greetings before heading back to their car leaving Tommy and Mary alone.

“Here for the hunting?”

“Are you here for the hunting?” asked the man again, standing up from behind the counter. He was clean-shaven, maybe in his mid-sixties, with a red and black checked shirt finished with a baseball cap that bore the southern cross. As he moved around the counter he walked with a limp.

“Hunting? No. We’re here for the camping. Y’know, escape from the city for a few days.”

The man smiled. “Well, this is the place if you want to get lost.”

Luke smiled. The old man cocked his head and regarded Tommy. “Say, have you two been here before?”

“Really? I rarely forget a face,” said Luke, scratching at his chin. “Ah well, as I said, this is the place to come if you want to forget.”

Mary elbowed him in the ribs. “Happens all the time. We have those sort of faces, I guess.”

Luke smiled and shrugged. “Well, how can I help you folks?”

“Well, Luke,” said Tommy, rubbing his side, “we were just looking for some meat. Y’know, sausages or perhaps some burger patties.”

Luke rubbed his chin. “Well, I don’t have anything like that, but I’ve some steaks out back that you could cook up on a fire if you like.”

Tommy draped an arm around Mary’s shoulder. “How’s that sound?”

Luke nodded. “Four it is. Anything else?”

The old man gave them a smile. “Not much call for wine around these parts. Got some beer if that would do?”

The old man regarded them and offered a nod. “Beer’s over there, in the corner. Second shelf. I’ll go get those steaks.”

Mary browsed the shelves while the old man went out into the back. Tommy grabbed two six-packs. “Look at some of this stuff,” said Mary as she traced a finger across the jagged teeth of an old trap hung up on the wall. “So cruel.”

“Different way of life out this way,” said Tommy shrugging.

They both jumped as the trap snapped shut.

“Careful, there,” said the old man, slapping a parcel of brown paper down on the counter. “That there trap will take your hand clean off.”

Tommy set the two six-packs down alongside the parcelled meat. “I thought the hunting season was over?”

“Well, that might be true elsewhere, but this isn’t elsewhere. Hunting is a way of life around these parts, ma’am. Only way to put food on the table for some folks.”

“What do you hunt?” asked Mary.

GRAB YOUR COPY FROM ALL MAJOR ONLINE STORES 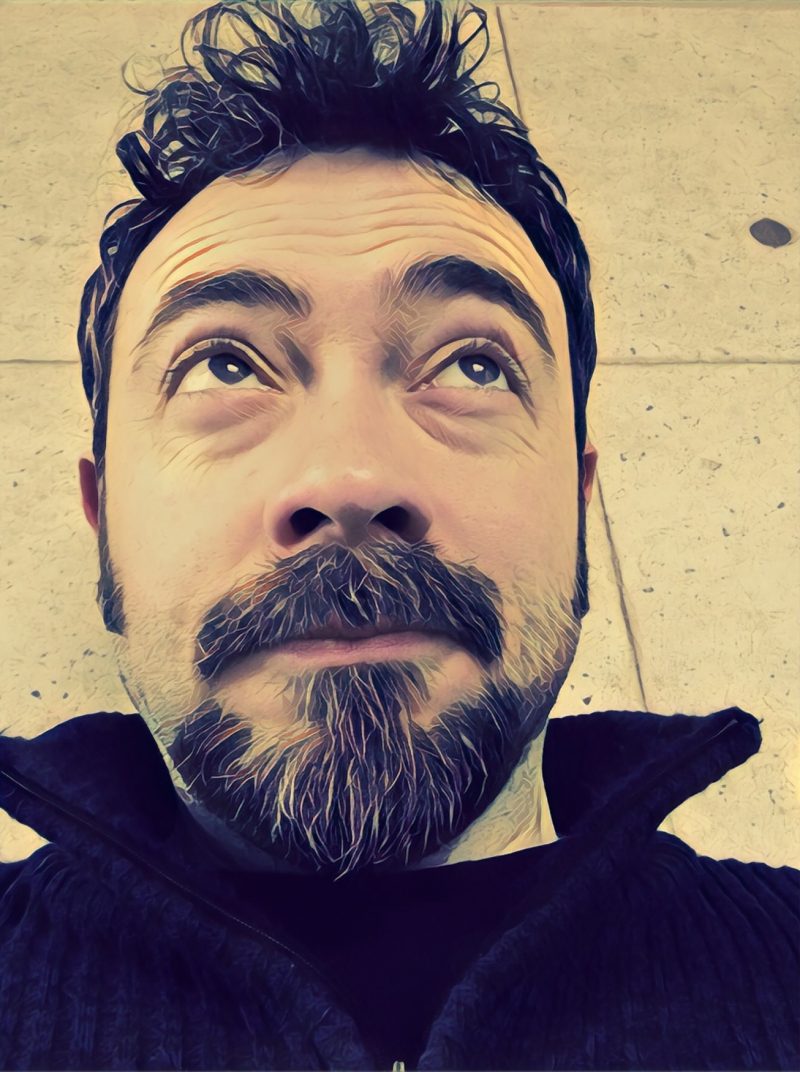 Although originally from England, I’ve spent over half of my life living and travelling overseas, from parts of Europe and North Africa to much of the Far East.

I mostly write from home these days, but in the past, I did much of my writing on subways, while sat in stairwells, or perched on rocks and mountainsides. Sometimes, I write in pubs.

I prefer listening to music when I write, particularly whenever I find myself sat in a coffee shop. Originally, it was just to quieten the buzzing drone of conversation, but now it is an important part of my process. Perhaps it is because it seals me away from the world despite the chaos of it struggling to get in.

If not writing, I can usually be found designing something, working on a story arc for a role-playing game, or sitting in a pub. Probably the latter.

I am currently working on a new pencil-and-paper RPG entitled “Dark Embers” along with several other projects. Aside from that, I continue work on the novel, ‘Glade’, whilst getting comfy in a hedge somewhere in Norfolk, England.